The global tech giants, especially Microsoft and IBM, are continually developing this technology. According to Forbes, IBM has dedicated $200 million to blockchain empowered projects. Industries, such as banking, finance, investments, travel, tourism and hospitality, and many others, have a tremendous potential to benefit from it.

Although blockchains have become popular in the world of virtual currency, they have a lot to offer other industries as well. Business firms are exploring the benefits of blockchains in their business, integrating the technology in their supply chain management, energy supply, and quality assurance.

Blockchain technologies are known for their reliability and transparency. This is one of the key reasons behind its widespread integration into different platforms. The blockchain is an open-source technology, which makes it possible for other developers to modify it.

Business firms are able to use the technology on their own platforms, as required. It is actually difficult to alter logged data in a blockchain, as it is open source. In the case of commodity trading, blockchains can be used to strengthen security facilities. These systems have an open-yet-dependable nature. This makes it possible to use the technology to streamline stock exchanges. This tech is expanding and is likely to exceed $20 billion by 2024.

The distributed business ledger can be updated in real time, integrating blockchain technology. This occurs due to the elimination of intermediaries from the process. When the functional mechanisms of business become automated, it leads to the seamless transmission and storage of data in the blockchains.

Various governments are integrating this technology because of its usefulness in solving various issues. It can be used to consolidate assets scattered across multiple areas and internal units. This further enhances the transparency of the process, particularly when there is a large amount of workflow.

In addition, besides blockchain technologies easing the auditing process, once entered, data cannot be tampered with. This makes blockchains more durable and reliable than spreadsheets, databases, and other storage methods used by business firms.

Regardless of the nature of the business, blockchains are necessary for maintaining a high level of security. From banking to manufacturing, the technology is being increasingly used in business. Blockchain technologies can prevent identity theft, as well as be beneficial for the protection of data integrity.

Traditionally, documents are signed with private keys, ensuring that the source of the data can be verified by the users. However, this process is complicated and requires that the keys be proven to have not been manipulated. Blockchain technology serves as an alternative in these cases.

It brings a transparency to the process, where the evidence remains distributed throughout the nodes of the blockchain. This makes it difficult to manipulate data, bolstering the security. Today, around 90% of North American and European banks are exploring this technology to improve their security infrastructure.

For most companies, contractual transactions turn out to be a bottleneck to the expansion of the business. In particular, this is a problem for businesses that need to consistently process information. 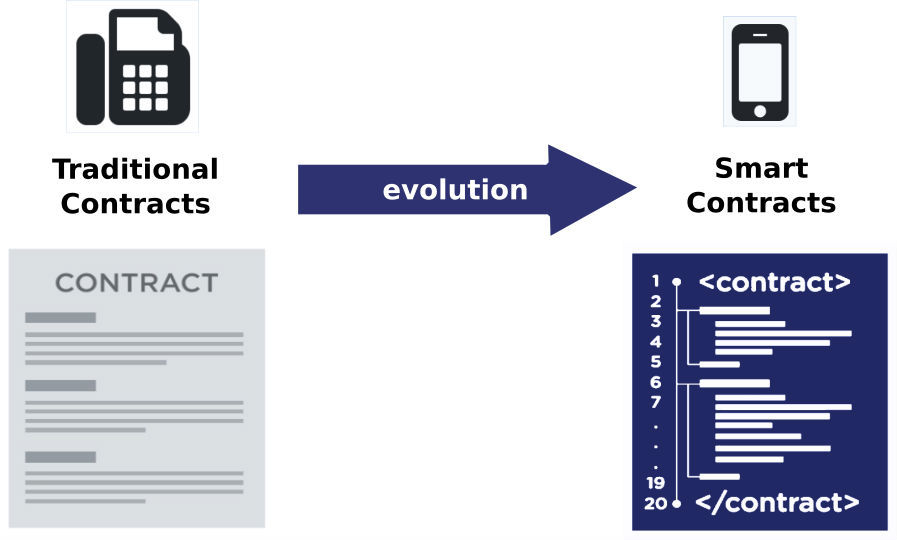 Blockchain could be the answer they seek. They can use smart contracts to validate the integrated technology. A blockchain construct can sign and enforce the agreement, eliminating the role of the mediator. This can save a substantial amount of time and money. Smart contracts can also leverage the security of data, as the company does not have to disclose its proprietary information to other mediating parties.

Decentralization forms one of the key ideas behind blockchain technology. With a decentralized distribution of information, data security gets a boost. The system does not run a massive data hub and verify transactions through it; individual transactions have their own validity proof. They also have the authority to impose limitations. When information in the system is distributed through internal servers, it prevents unauthorized access to the data.

As a result, the chances of a successful cyber attack leading to information theft are drastically reduced. Even if cybercriminals manage to break through the system, only a small section of the data will be compromised because it remains distributed throughout the network.

While blockchains are mostly being used by banks and financial institutions, they have great potential for other industries as well. Banking infrastructure costs can be reduced by 30% with the integration of blockchain technologies.

Maintaining a high level of quality is a key priority for any business. Blockchains can be used in both manufacturing and service-oriented industries for detecting irregularities. It is important to maintain the integrity of the supply chain and provide the customer with services that meet their standards.

Blockchains can detect irregularities in the supply chain and point out their origins. In fact, they make it easier to carry out investigations and take the necessary measures to eliminate these issues. For instance, this technology is being incorporated into the food sector, where businesses ensure the safety of food by tracking batch information, origin, and other product data.

Another area where blockchain technologies find widespread incorporation is in the finance industry. They ensure a faster trade settlement, and a simplified verification and reconciliation process. Finally, clearance happens faster with the integration of blockchains.

As shown, blockchain technologies have the tremendous possibility in terms of refining the security and functional operations of industries other than cryptocurrency. In 2016, financial and technology firms invested around $1.4 billion in blockchains. The industry is expanding, and you should consider reaching out to an established company to integrate blockchain technology into your platform.

BigAi.io is building an interesting decentralized system. Be a part of it.

Download our whitepaper to know more about out Decentralised AI machine

Subscribe to our newsletter to receive exclusive news and announcements.